What’s the difference between PR and advertising?

What’s the difference between PR and advertising?

PR can sometimes be seen as a dark art, and whilst many in the world of public relations wax lyrical about their job, it never ceases to amaze us how few of them ever really get across what they actually do.

In essence, it can be explained in the old saying:  “Advertising is what you pay for; publicity is what you pray for.”

It’s also a good way to get to the heart of it, and whilst the web is awash with information on the topic, there are many in business that can’t really see the line between where one becomes the other.

Simply put – advertising is paid for media, which you control, whilst Public Relations is earned media from a third party.  So, if editors and journalists write a positive story about you, it appears as news rather than the placed advertising.

When PR works, it’s an effective marketing strategy. Because, after all, the big difference with PR is that your story has more credibility because it was independently verified by a trusted third party, rather than you having purchased an advertisement to tell the world how great you are.

Depending on the credibility of the media outlet, it shows why advertising is a far weaker proposition.

For instance, if BBC breakfast were to talk about your business in a positive light, how much more powerful is that than even the most expensive advert? That’s why many businesses see PR as several times stronger than advertising.

Good public relation specialists promote your business as a story, which your audience will engage with. For instance, a blog or an article about how a family fell apart over the father not making a Will rather than a law firm just saying, Come to Hobbs and Smith to make a Will in an advert.

In this day and age, the power of Public Relations is even greater too and one of the best, most effective and cheap marketing ideas around if you do it yourself. Most reporters are now more desk-bound than ever with editorial teams reduced; there are a lot less journalists working today than a generation ago.  So journalists now rely more heavily on getting straight to expert sources, or using press releases and social media to create stories.

Another massive difference between PR and advertising is price.  A company who now work with PressPlugs told us that they recently purchased a full-page advert in one of the country’s best read broadsheet newspapers – it cost him £18,000 with a discount!  They expected calls galore, but got nothing in return.

Most advertisements need to be repeated on many occasions before consumers can be influenced.

In this social media era, a great story in a newspaper, magazine or online can last a long time with the added oxygen of emails and social media to keep pushing the message out to relevant audiences.

So summing up, PR is when you’ve influenced the influencers. It’s gold dust for pretty much all businesses and should be part of every marketing plan because done right it will transform your business from a nobody to a somebody. 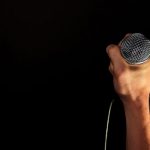 Help a journalist out and turn yourself into a PR star