Why no PR exercise can save Michael Jackson’s legacy 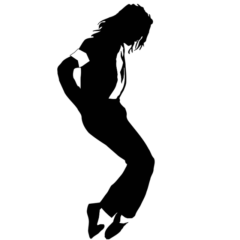 Why no PR exercise can save Michael Jackson’s legacy

As unpalatable as this may be to take for many, there is no saving Michael Jackson’s reputation.

No PR experts weaving magical tales about his genius can stop the biggest crash and burn of a superstar’s status in history that we are to witness in the weeks, months and years ahead following the furore over the new documentary, Leaving Neverland.

This view comes from us as Public Relations experts, because ultimately no matter how much efforts of damage limitation by his family, ultimately word of mouth (third-party endorsement) is what PR is all about. Whilst the seal of approval from the rich and famous can help grow a reputation, then the opposite is also true.

Oprah Winfrey’s conviction in backing the stories of alleged victims Wade Robson and James Safechuck is the ultimate backing that arguably the greatest superstar of all time, was according to the forthcoming documentary, a predatory paedophile.

The rebuttal from the Jackson family claiming they are liars will carry little weight to those who have followed the story closely and are outside the category of Michael Jackson super fan – after all, these people will refuse to believe any such dirt being cast on their hero.

For the people unwilling to believe the documentary’s allegations, it might be a wakeup call that already many radio stations across the world are refusing to play his back catalogue. No more Thriller, Beat It, Billie Jean etc.

PR, word of mouth, third-party endorsement, call it what you will, is a huge part of what made Michael Jackson. For all his talent, he needed people telling the world how great he was – people who would play his music. This is now the reverse of that process.

For those who doubt this media power, think of some of the music you have loved in the past by people who never quite made it big. It wasn’t for lack of talent. Was it?

Now though, we are going to have to hide away our allegiances to the King of Pop and it’s going to be incredibly difficult for some.

After all, this is not some cheesy Glam Rock star, like Gary Glitter falling off his pedestal, or a creepy DJ with a cigar and a shell suit, or even an avuncular Aussie who had a talent with a paintbrush and a wobble board – this is Michael Jackson.

Oprah Winfrey has said the matter of sex abuse is even bigger than the star. It’s hard to argue against this. Oprah has spoken. Her standing is such that the world will listen.

If publicity is effective it can make anyone, but if it’s bad enough it will ruin reputations, even an almost Godlike celebrity that has permeated millions of lives for nearly half a century.

Michael Jackson is about to be brushed under the carpet and become a footnote in the history of music. It’s tragic but not as tragic as paedophilia.

To find out more about us, click here and if you’ve enjoyed this article, please feel free to share it on your social media accounts.

How To Do PR On A Budget 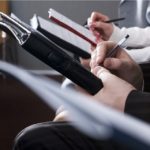 Innovative Ways To Get Press Coverage For Your Startup